In my case, it was very helpful that my wife, Diddy, became a partner in many of my social entrepreneurship initiatives.  For example, we would co-chair each event.  Oddly enough, it wasn’t done at the time.  She, in turn, would go on to create her own social entrepreneurship initiatives such as Black & White Boston to bring both communities together in a social setting such as business breakfasts, lunches, dinners and golf tournaments.  The goal was to create more opportunities for Black-owned businesses.  It was also very important that we had my long time Assistant, Martha Burnham, available to help us with these events. She was invaluable in this regard since there often is much work to be done.  Thus, the advice I would give to any entrepreneur moving into the social arena for the first time would be as follows:

Idea for Creating a New Organization:

A note of caution, creating a new social organization can be just as difficult as creating a corporate one, but for different reasons.

The following are some of the related social entrepreneurship activities:

As the first President of the newly created John F. Kennedy Library Foundation, Cullinane was tasked with creating a new organization, regenerating interest in the Library, and raising a $20 million endowment for this high visibility organization.

Visit to John F. Kennedy Library by Nelson Mandela on his first trip to the United States with John Cullinane as Master of Ceremonies (video)

John Cullinane, Irishman of the Year Award by the Friends of the John F. Kennedy Library Foundation (video) 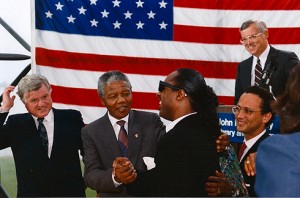 Nelson Mandela visits JFK Library after 27 years in prison – greeted by Senator Kennedy and Stevie Wonder with John Cullinane, MC of the event, in the background.

As Founding Chair, John Cullinane created the Foundation and recruited its first Board of Directors. The original goal was to raise $17 million dollars for restoration of the Boston Public Library’s Copley Square Branch, a government owned building, which made it a very difficult undertaking. With the help of his wife, Diddy, he dramatically increased the awareness of the great importance of the Boston Public Library to the community by moving it from below the radar to the jewel in the crown of Boston’s great institutions. The Foundation has since raised in excess of $80 million for the Library. 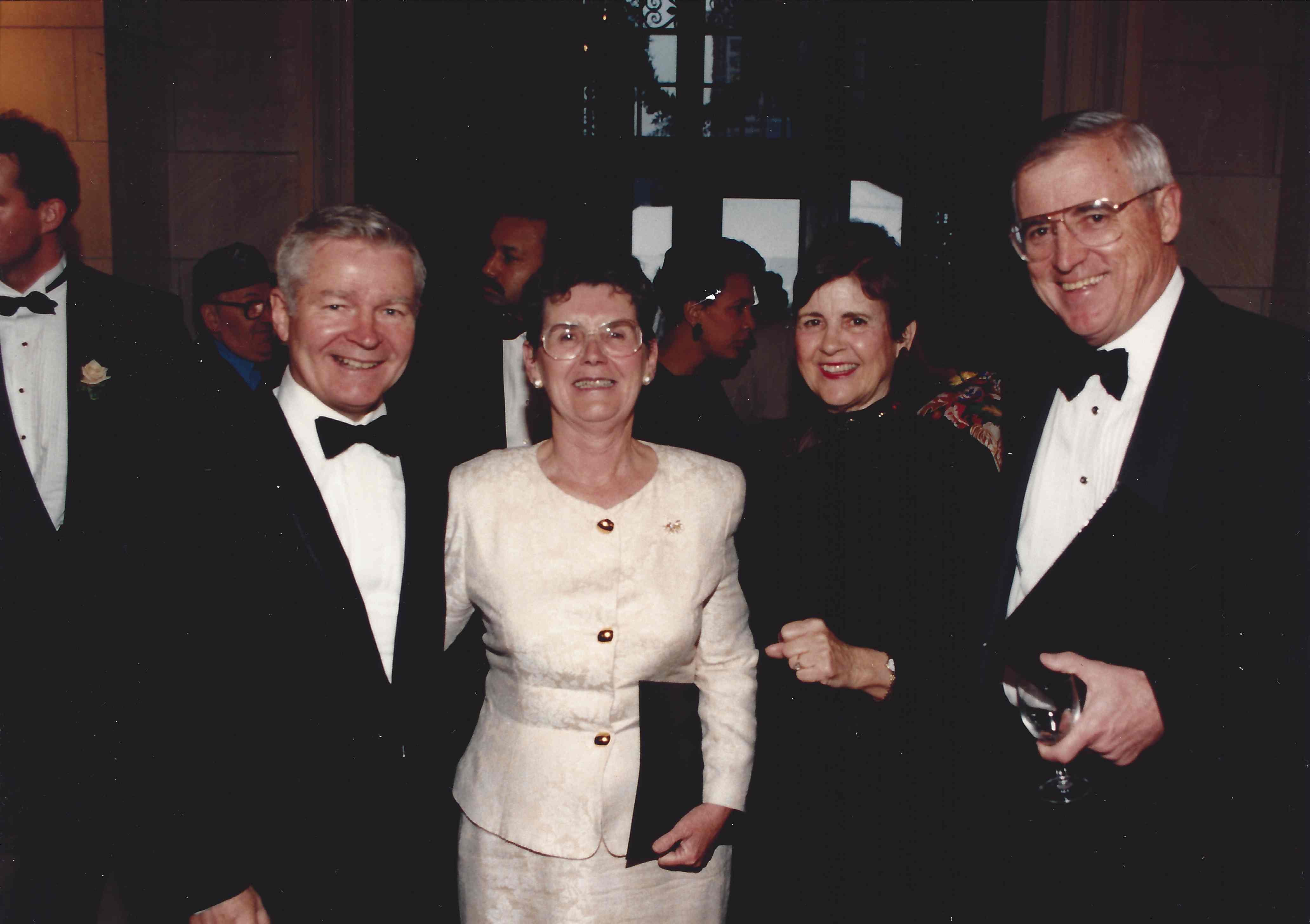 Peace in Northern Ireland Through Jobs 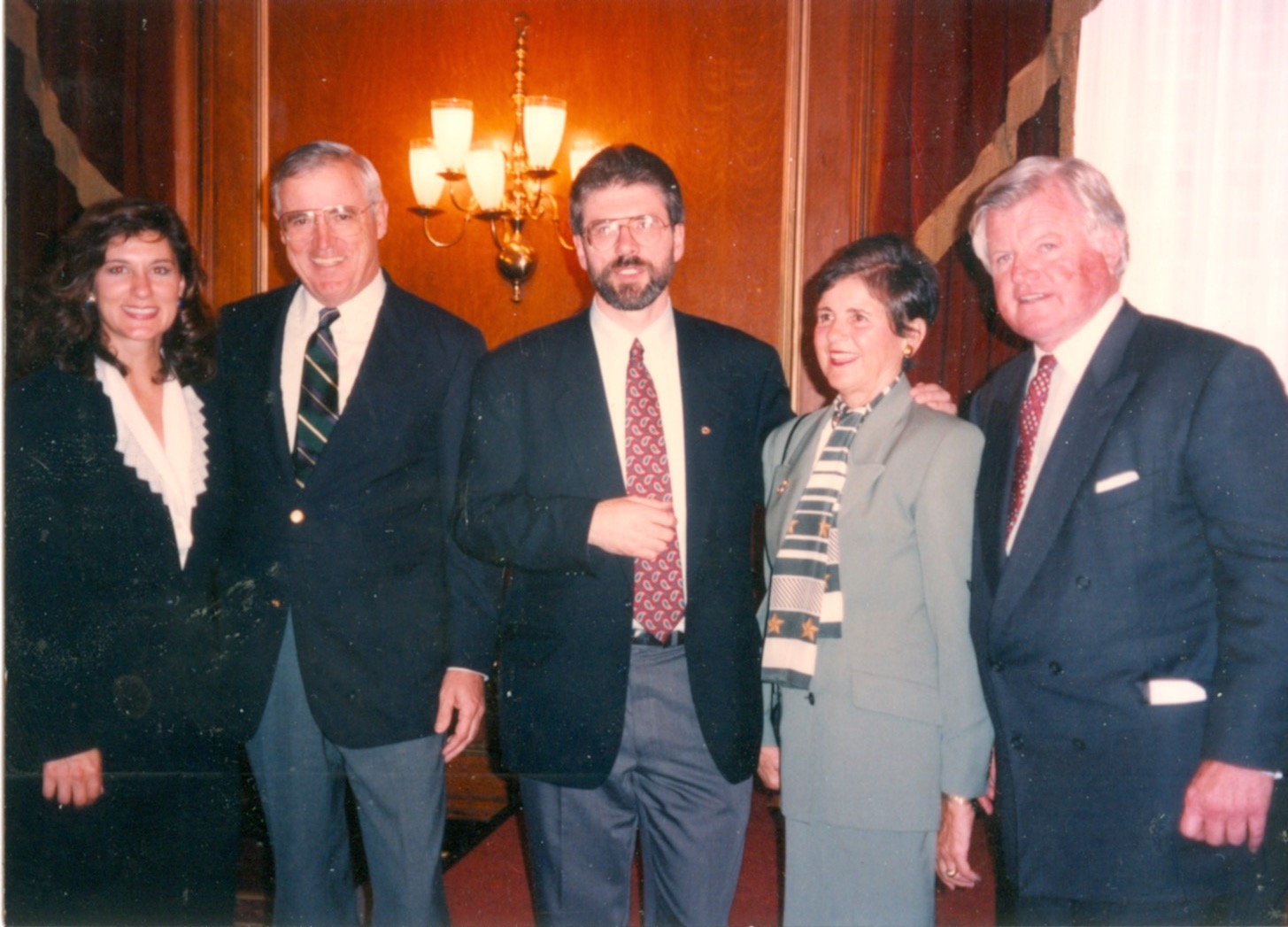 The Clinton Administration and Economic Investment in Northern Ireland (paper) 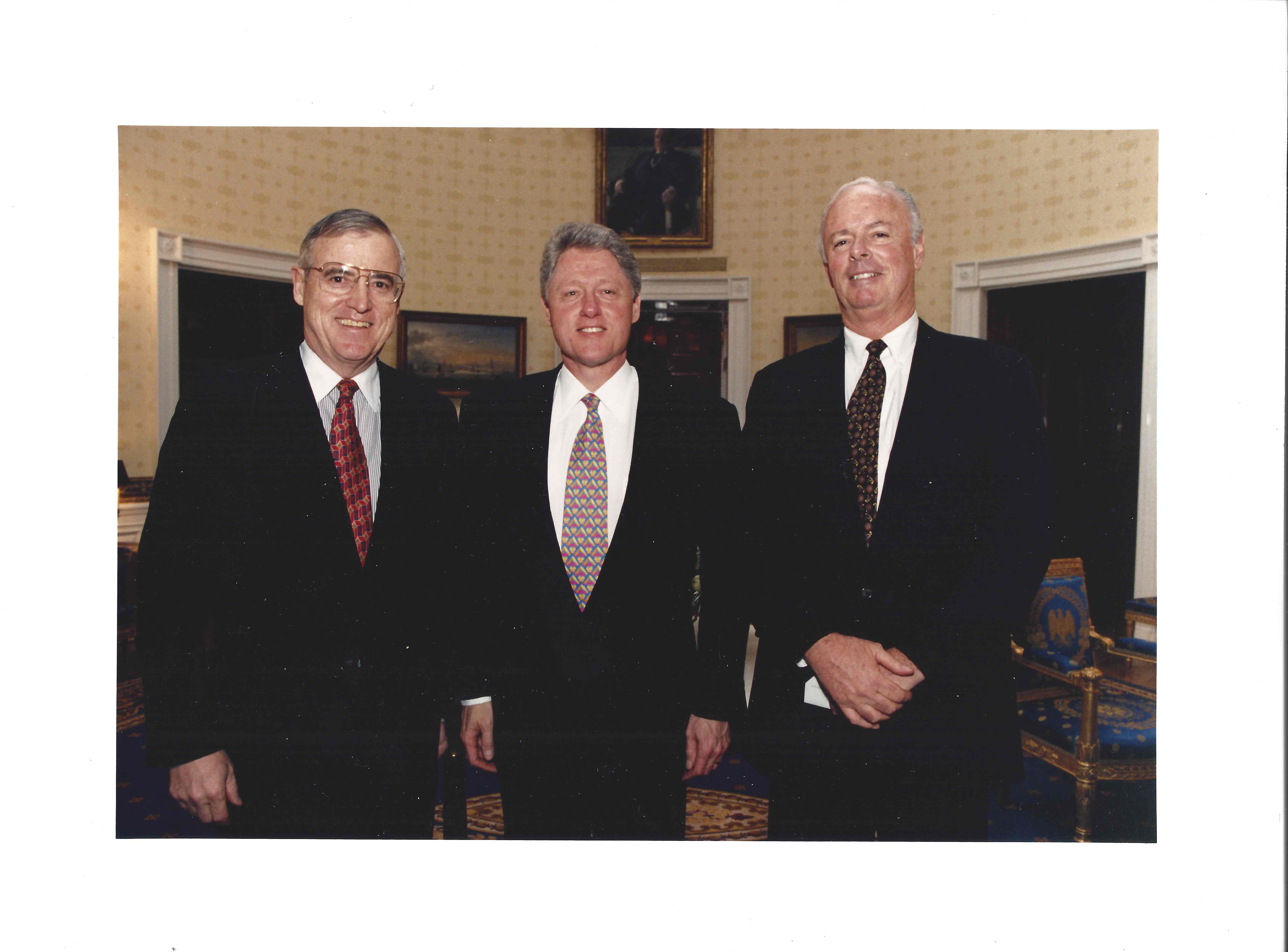 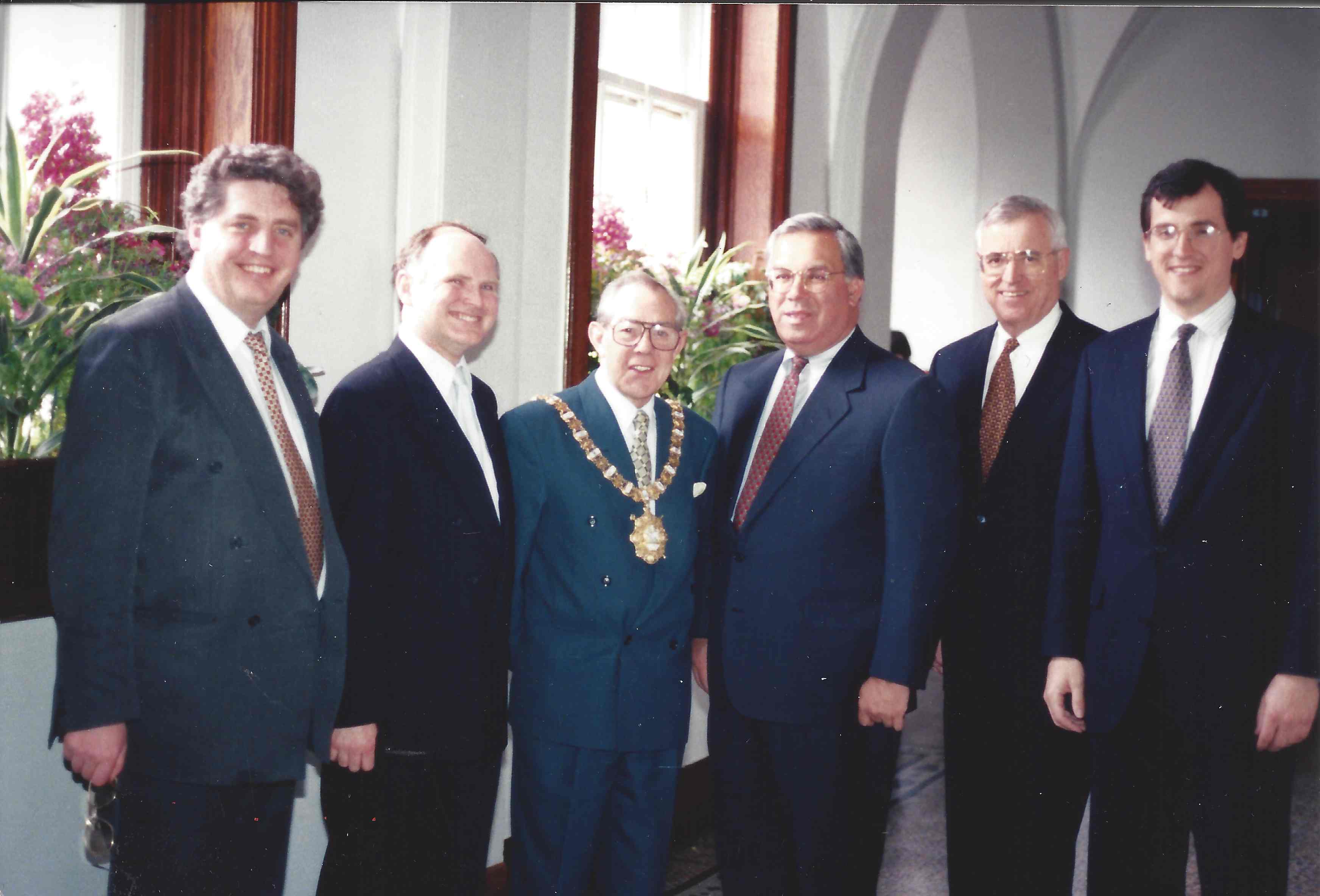 John Cullinane recommended that the City of Belfast create the Friends of Belfast to help outreach and networking for the City in the United States. The purpose was to help secure the jobs that would lead to peace in Northern Ireland. However, when the City had difficulty doing it, he did it for them. Dr. Frank Costello would later create chapters in New York City, Pittsburgh and Denver.  The Friends would be effective in uniting both Catholics and Protestants, in a common goal of peace in Northern Ireland through jobs. 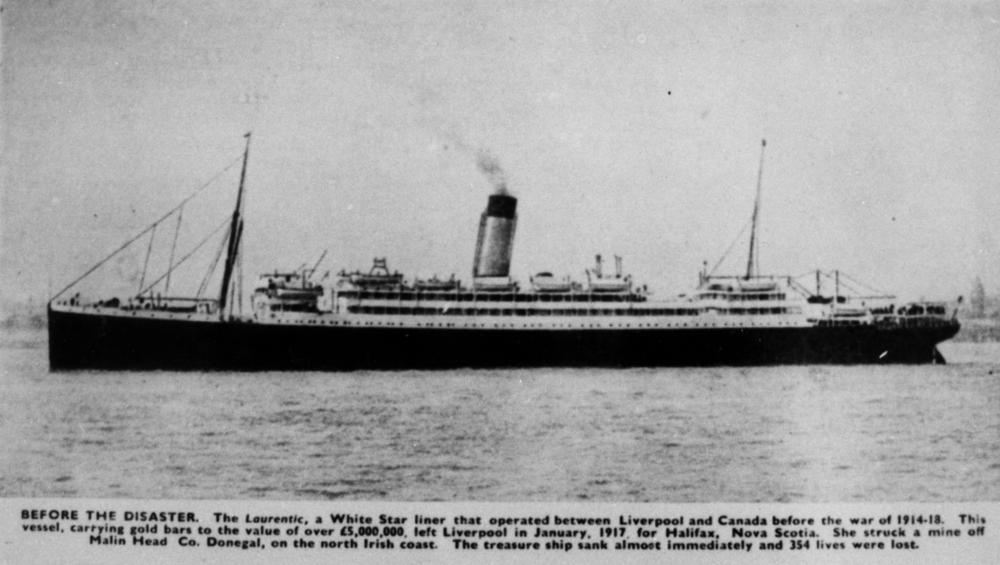 Laying of wreath over SS Laurentic, ship lost in WWI off Northern Ireland with Walter Fitzgerald, John Cullinane’s Uncle, on board (video) 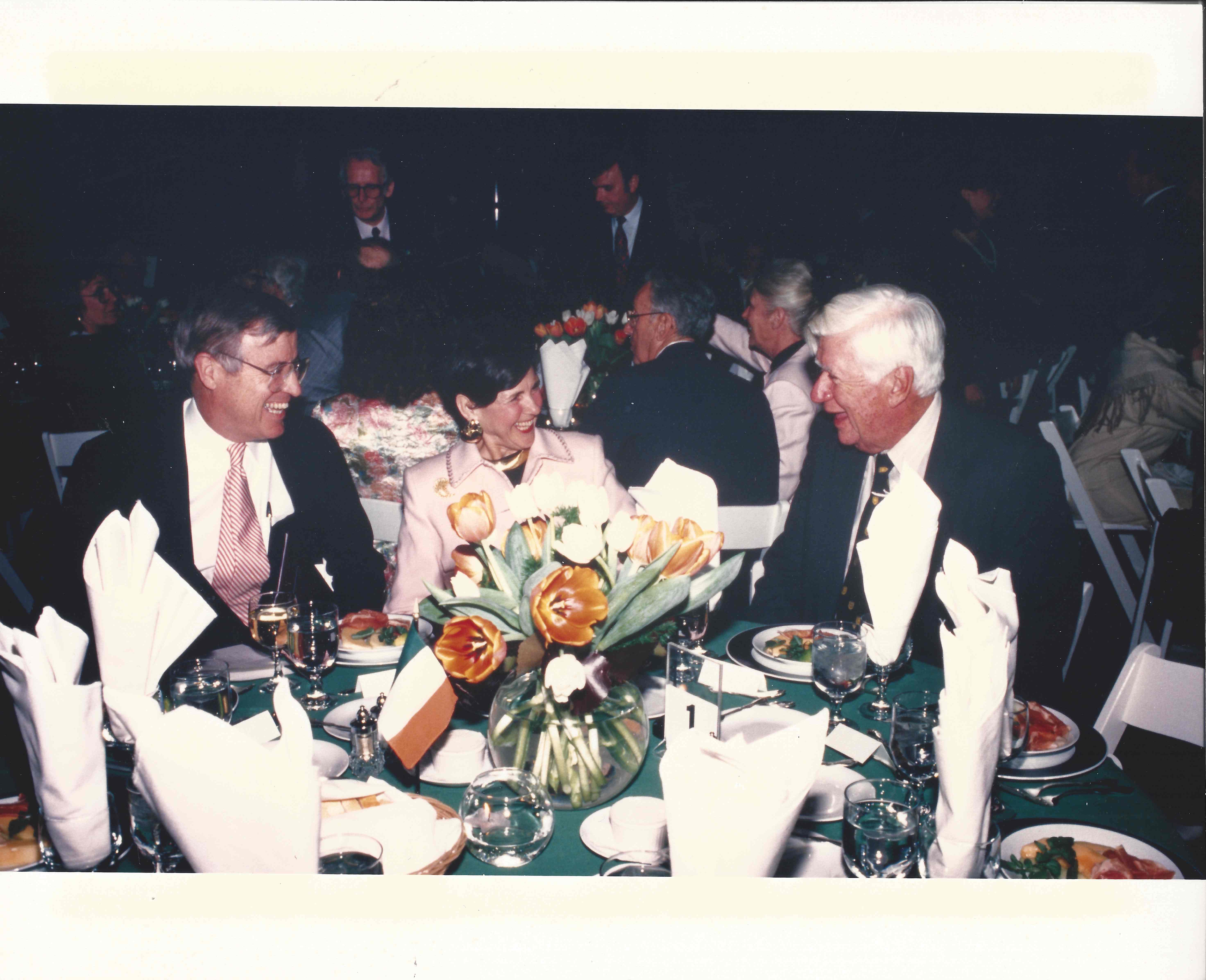 John Cullinane, Diddy Cullinane, and the great Irish benefactor,
former Speaker of the House, Tip O’Neill, whose family homestead and a
monument dedicated to him are located near Buncranna where many
of those who perished on the SS Laurentic are buried.

Peace in the Middle East

During the past ten years, John, along with Israeli pioneer, Dan Singer, and Geoffrey Lewis, a leading member of the American Jewish community, have endeavored to use the Northern Ireland experience as a model for peace in the Middle East.  This included a conference on the subject hosted by the University of Ulster in Belfast, Northern Ireland, with key participants from Israel, Palestine and the United States.  The group has also put forth a number of practical initiatives, such as how to create 20,000 call center jobs in the Middle East.  Jobs were critical to peace in Northern Ireland.  There has to be an economic benefit for any peace agreement to work.  The Aspen Institute Middle East Strategy Group, which John was a member of, actually bought into this idea and arranged for one in Gaza. However, the situation unraveled there before it was implemented.  The group feels that there are major benefits for Israel to “ending the conflict,” such as a huge economic benefit and a great reduction in the tensions for the Jewish Diaspora, worldwide, as Israel fulfills its Biblical prophecy as a “light unto the world.”  In the process, the group met with key participants in the peace initiatives, including such dignitaries as King Abdullah II of Jordan and Frank Lowenstein, Special Envoy for Israel-Palestinian Negotiations for then Secretary of State John Kerry.  The following is a memorandum John presented to Frank Lowenstein in Washington, D.C., with ideas from the group that he responded to very enthusiastically and that remain just as valid today. 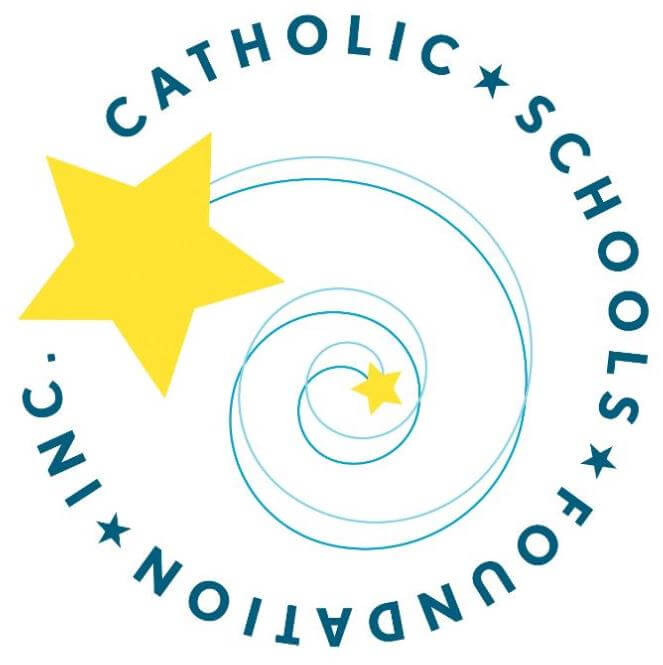 John Cullinane initiated an entrepreneurial effort to “wire” the poorest Catholic Schools of the Archdiocese of Boston for the Internet.  Something like this had never been done in the Archdiocese before and the Sisters in charge were very nervous. It was funded by the government’s very imaginative E-rate program which helps the poorest schools, first.  In addition, numerous Greater Boston companies contributed consulting, computers, software, etc., to the effort, which was all organized by Don McInnis.  It was enormously successful as these very poor, inner city schools, became state of the art in computer technology.  It had a major positive impact on the morale of both students and teachers.